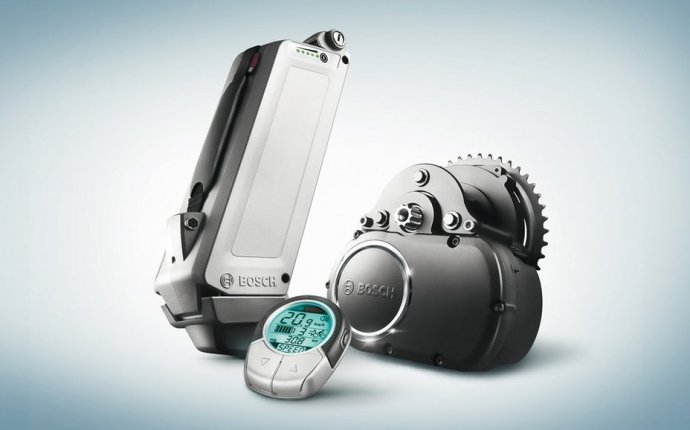 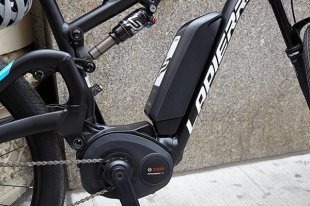 As I rode around New York on a bicycle with Bosch's electric power-assist system, I couldn't help but feel the boost of energy every time I turned the pedals, which helped me zip through traffic like a deranged bike messenger, all without breaking a sweat. But is the avoidance of pit stains enough of a reason to drop more than $4, 000 on a bicycle?

Geared for professionals who don't want to change clothes when they get to work, delivery people, older individuals who have trouble getting up hills, or those who simply want to get around more easily, eBikes-those that have an electric motor which either helps turn the wheels or the pedals-have proven popular in Europe and China. eBikes have yet to take off in the U.S., but Bosch believes that will change next year. I took an eBike outfitted with Bosch's system for a ride around Manhattan, to see if it really has legs.

In anticipation of a pedal-powered boom, Bosch, makers of everything from refrigerators to spark plugs, is introducing its electric bicycles to the U.S. market. Unlike some electric bikes that do all the work for you, Bosch's pedal-assist system give riders an extra boost while pedaling, making it easier to ride up hills, for example.

Bosch doesn't sell its eBike system directly to consumers; it comes already built into bikes made by other manufacturers. Currently, Cube, LaPierre, Haibike, Felt Electric, and Xtrabike offer Bosch's system, with Cannondale, Trek, and Scott to come in 2016. But it doesn't come cheap: Haibike, which makes several mountain bikes with Bosch's system, start at around , 000, which is almost twice as expensive as other bikes with electric assist drives from, say, Panasonic. The LaPierre Overvolt FS 900 mountain bike I rode around the city costs around , 500. 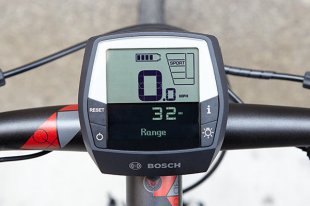 Photo Credit: Jeremy LipsBosch's eBike system is composed of three parts: A drive unit, battery pack, and handlebar-mounted controls and display. Riding an eBike around Manhattan, I couldn't help but notice the extra kick provided by the electric motor. It felt as if someone came up behind me and gave me a push. The controls were dead simple to use, too: two buttons on a left controller let me increase or decrease the amount of power being delivered to the drivetrain.

An LCD console mounted in the center of the handlebars showed the range of the battery, distance traveled, and a few other metrics related to the ride. On the right handlebar was a gear shifter, which I used as with any other bike.

For all the ease of Bosch's system, there's still something very nerve-wracking about riding a bike around Manhattan. Despite using bike lanes, I was constantly dodging delivery trucks, buses, and open taxicab doors. Good thing I was wearing a helmet.

Apart from popularity among cyclists, eBike adoption in the U.S. faces some hurdles. For one, laws regulating their use need to be updated. While federal law distinguishes between low-powered electric bikes-those that can't exceed 20 miles per hour, and which require you to pedal-from mopeds and motorcycles, many state laws have yet to be updated. For example, it's currently illegal to operate any motor-assisted bicycle on any road in the state of New York, according to the New York Department of Motor Vehicles. (A bill to amend the law is currently pending in the state assembly). Bosch says its eBikes don't fall into that category, but it's still a bit of a gray area.

And then there's the cost. With the least expensive eBike from any manufacturer going for around $2, 000, it represents a serious investment-and one I'd be hesitant to lock up outdoors for the whole day. But there's no denying that an eBike is effective in helping you get where you need to go, with almost no learning curve. You could almost say it's as easy as riding a bike.