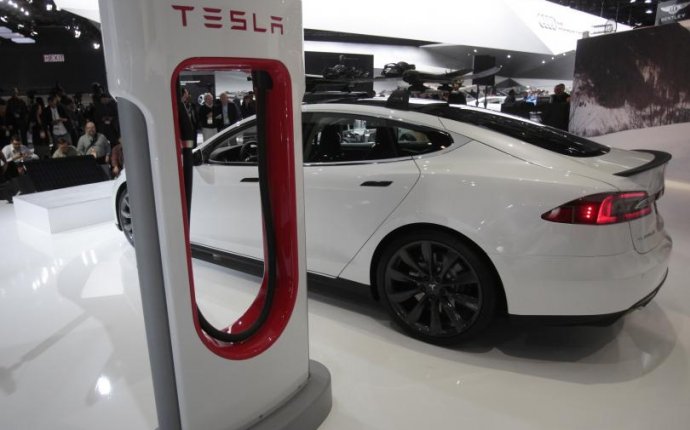 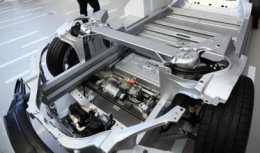 Electric cars are quick and quiet, with a range more than long enough for most commutes. If you want a car with extremely fast acceleration, the Tesla Model S is hard to beat. And, of course, electric vehicles avoid the pollution associated with conventional cars, including emissions of carbon dioxide from burning gasoline. Yet they account for a tiny fraction of automotive sales, mainly because the batteries that propel them are expensive and need to be recharged frequently.

A better battery could change everything. But while countless breakthroughs have been announced over the last decade, time and again these advances have failed to translate into commercial batteries with anything like the promised improvements in cost and energy storage. Some well-funded startups, most notably A123 Systems, began with bold claims but failed to deliver (see “What Happened to A123?”).

The Powerhouse, a new book by journalist Steve LeVine, chronicles the story behind one of the most dramatic battery announcements of recent years and explains how it came to nothing (see “The Sad Story of the Battery Breakthrough that Proved Too Good to Be True”). The announcement was made in February 2012, at a conference in Washington, D.C., where a crowd of researchers, entrepreneurs, and investors had come to hear the likes of Bill Gates and Bill Clinton expound on the importance of new energy technology—and also to tap into one of the newest funding sources in Washington, the Advanced Research Projects Agency for Energy, or ARPA-E. Founded in 2009, ARPA-E had been tasked with identifying potentially transformational research. The head of that agency, Arun Majumdar, was ready to unveil one of its first major successes: a battery cell, developed by the startup Envia, that could store twice as much energy as a conventional one. The cost of a battery that could take a car from Washington to New York without recharging, Majumdar said, would fall from $30, 000 to $15, 000. Electric cars would become far more affordable and practical (see “A Big Jump in Battery Capacity”).

Within months, GM licensed the technology and signed an agreement to support its development, gaining the right to use any resulting batteries. The deal was potentially worth hundreds of millions of dollars to Envia, LeVine writes. But soon Envia was getting frustrated messages from GM engineers who couldn’t reproduce the startup’s results. The year after the announcement, the deal was scuttled. Envia’s impressive battery had been a fluke.

LeVine’s account of Envia’s work shows why major progress in batteries is so hard to achieve and why startups that promise world-changing breakthroughs have struggled. Over the last decade we’ve seen remarkable improvements in this industry, but they’ve come largely from established companies steadily making small advances.

Envia’s cell was a new type of lithium-ion battery. Invented in the late 1970s and early 1980s and commercialized in the 1990s, these batteries generate electrical current when lithium ions shuttle between two electrodes. Light but powerful, they have transformed portable electronics. Their use in electric cars, however, is recent. In the 1990s, GM used cheaper lead-acid batteries for its electric EV-1; each battery weighed a bulky 600 kilograms and delivered only 55 to 95 miles before it needed to be recharged. When Tesla Motors introduced one of the first lithium-ion-powered electric cars in 2008, it could go 250 miles on a charge, roughly three times farther than the EV-1. But the vehicle cost over $100, 000, in large part because the batteries were so expensive. To cut costs, the lithium-ion-powered electric cars made today by companies such as Nissan and GM use small battery packs with a range of less than 100 miles.

While countless breakthroughs have been announced over the last decade, time and again these advances failed to translate into commercial batteries.

One difficult thing about developing better batteries is that the technology is still poorly understood. Changing one part of a battery—say, by introducing a new electrode—can produce unforeseen problems, some of which can’t be detected without years of testing. To achieve the kinds of advances venture capitalists and ARPA-E look for, Envia incorporated not just one but two experimental electrode materials.

LeVine describes what went wrong. In 2006 Envia had licensed a promising material developed by researchers at Argonne National Laboratory. Subsequently, a major problem was discovered. The problem—which one battery company executive called a “doom factor”—was that over time, the voltage at which the battery operated changed in ways that made it unusable. Argonne researchers investigated the problem and found no ready answer. They didn’t understand the basic chemistry and physics of the material well enough to grasp precisely what was going wrong, let alone fix it, LeVine writes.

A look inside a Tesla Model S shows the battery, a gray slab that takes up most of the space between the front and rear wheels.

With its experimental material for the opposite electrode, this one based on silicon, Envia faced another challenge. Researchers had seemingly solved the major problem with silicon electrodes—their tendency to fall apart. But the solution required impractical manufacturing techniques.

RT @Nextenergylabs: @alexandremars Are you interested to look at my technology, unlimited battery/energy storage for smartphones, electric…